Star Wars: Edge of The Empire

Gorchabek Salvov, the Chevin entrepreneur asks the party to fly to the Fidonian Gate, a shadow port on the Perlmian Trade Route and meet a Toydarian named, Tozko. Entering hyperspace the party flies off into the void. After a failed bargaining session, Gorchabek agrees to pay the party 2,000 credits per person and a spare clip for the droid. 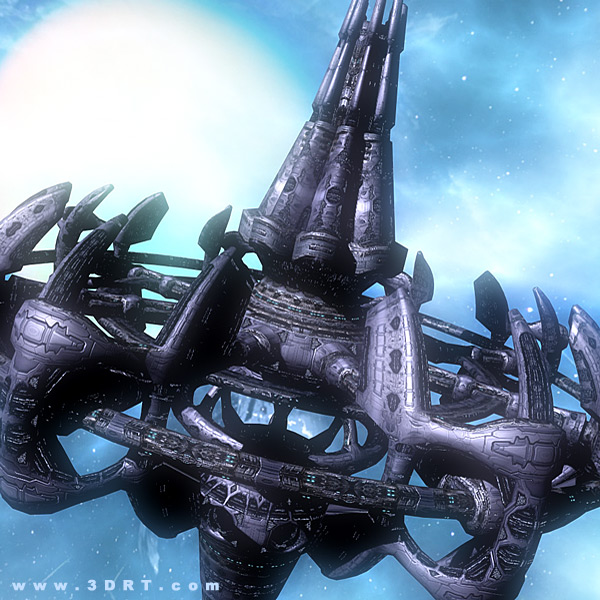 A week or so later,
On a routine drop from hyperspace to refuel and restock the party checked the HoloNet and discovered to their surprise that not a few days ago a terrible plague broke out, killing thousands and forcing the planetary government to quarantine the whole planet. In addition they learn that the planetary government is looking for anyone who recently left the planet and might be carriers for the plague.
As the party flies towards the underworld station, the party assembles to plan it’s strategy. Norghar asks Dr. Rhongo to check the party for any signs of infection and after some checks finds that the are all ok.

Landing at the one of the 5 landing bays – Landing zone D – a minor sized docking bay. The bay is lightly trafficked with not many ships in the zone. Looking around the party sees plenty of mechanical loading zones that act as transportation for goods between the various zones.
Entering the station, they meet a Toydarian who greets them as they enter. Leading them through the different districts to the “Double Tuber”, the party passes through a trade zone with plenty of shops that run the gamut from cybernetic chop shops to restaurants. In front of a small plaza, a small cantina sits. Not sleazy but not particularly fancy. Introducing himself as Tozka a longstanding associate of Gorchabek. Turning to the party he says “I have recently acquired highly valued artwork, at great expense to myself. Sadly enough though, these pieces were never delivered to us. I require a specialized team to go and get my artwork for me”. Matthew answered him “Usually we do not accept these types of contracts. We are transporters. Not thieves. However since you are a friend of Gorchabek, we will do this job for you”

As the party haggle over the paycheck, Matthew finds himself a little suspicious of Tozka, and his unlikely story. But as he looks at Tozka intently for any signs of duplicity, he finds to himself to to his surprise that Tozka is being straight with them and is not lying. Turning back to Matthew, Tozka states “I bought some Twilek technical art, from a supplier with connections to a Hutt. But every time I tried to find out what is going on with my order, I found that the warehouse was closed or they never returned my calls. I know where the warehouse is and I can show you its location”

Choosing to go scout the warehouse, Matthew leaves alone and travels to the location. Skulking around the place he finds two Gammorean guards patrolling what seems to be a medium sized warehouse, that is unassuming and a smugglers dream. As the times pass, Matthew notices a man pass by every so often who waves towards the guards. After this man approaches for the third time, Matthew approaches the man and engages him in conversation in an attempt to find out some information. He finds out that the warehouse owners name is Gloom Pass, and trying to charm this watchman into giving him some more information he manages to sneak a look into the inside of the warehouse. On the crates, a very familiar symbol is painted inside – Black Sun. As soon as he sees the symbol, Matthew leaves the area and returns to the party.

As Norghar and Matthew try to find out more information about Gloom Pass they find that no one is willing to talk to them and they find nothing. Formulating a plan to sneak into the warehouse, they decide to try and hack into the warehouse database in order to find out the places shipping manifesting, and successfully manages to hack in leaving no trace. Finding out the warehouse manifest, the floor plan, even managing to write in a temporary backdoor into the alarm system, and last but not least – Norghar inserted a fake shipping order into the system for entry and exit.
Two days later, as they arrived at the warehouse, the Gammorean guards stop them and inquire to their presence, and then summoned their supervisor. Checking out the manifest the supervisor accepts it and then proceeds to enter the warehouse and organizes a position to place their doctored crate. As they position the crate Norghar uses the Force to guide his senses and find the location of the technical artwork. In a flash of insight, one of the crates jumps to his eyes. Leaving a commlink message to Dr. Rhongo with the location of the crate.

As the time passes by, Norghar comms Rhongo and lets him know that he has 5 minutes and to start searching. Successfully stealing the artwork and swiping the small Black Sun crate Rhongo gets back into the crate and closes it. As the hours drag by, Norghar returns with the repulser-sled. Just before the supervisor opens the door, he asks Norghar where they are planning to take the shipment.

Ascendant campaigns can view previous versions of their pages, see what has changed (and who did it), and even restore old versions. It's like having a rewind button for your campaign.

We've already been saving your edits, so if you upgrade now you will have instant access to your previous versions. Plus, you have our no risk refund guarantee , so there's nothing to lose.

The Tomb of Harrows

I'm sorry, but we no longer support this web browser. Please upgrade your browser or install Chrome or Firefox to enjoy the full functionality of this site.